Languid luscious
lines the tables at the peach vendor
table in the farmer’s market.
Rich with sweetness,
Peaches are waiting
on the sideboard
to be sliced
and impart
immortality
with each bite.
Yet, my cook’s instinct
notes those slices will need
a squeeze of lemon
to retain their color
when I fan them out
on the dessert plate.
Life’s sweetness stands out,
is oft best preserved
when accented with tart. 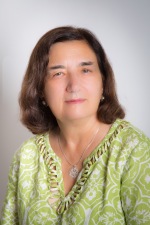 Joan Leotta has been playing with words on page and stage since her childhood in Pittsburgh, PA. Her first work published in a national magazine came at age 14—a poem in the Horn Book Magazine. Since then she has followed several career paths, turning to a dual career win writing and story performance as a stay-at-home Mom in the 1980s.
As a writer, Joan is a journalist, novelist, essayist, poet and playwright. Over the years, she has written on parenting, storytelling, and food among other topics, for local newspapers and local and national magazines wherever she has lived. Since moving to North Carolina twelve years ago, she shifted her focus to fiction and poetry. Joan’s Italian heritage is evident in the poems in this book and in most of her other writing. Her four historical novels from Desert Breeze publishing, The Legacy of Honor series, feature strong Italian-American women, food and family, during times of war.
Joan’s poems and picture books also celebrate food and family. Her poetry and essays appear in or are forthcoming in Gnarled Oak, Red Wolf, A Quiet Courage, the A-3 Review, Hobart Literary Review, Silver Birch, Postcard Poems and Prose among others. She has always considered writing for children as a high calling and in the past two years, THEAQLLC has published four of her picture books: Whoosh!, Summer in a Bowl, Rosa and the Red Apron, and Rosa’sShell.
Joan performs folk tales in schools, museums and festivals for children and adults. Her love for history comes out in performance of two different one-woman shows, one that depicts a strong woman in the Civil War era and another that shows life on the home front during the American Revolution.
Her tagline, “encouraging words through pen and performance” expresses a challenge to herself in her writing and stage work meaning that she wants to inspire the creativity of others with her work. To this end, she often gives classes to help others learn to tap into their creativity to express their thoughts on page and or stage.
When she is not chained to her computer, writing, you can find Joan walking on the beach, in the kitchen working on new recipes, or traveling with her husband, Joe, and daughter, Jennie.
You can reach her with comments, or to request a class or performance, though her blog site at www.joanleotta.wordpress.com and Joan Leotta, Author and Story Performer on Facebook.

Languid Lusciousness with Lemon is available from amazon:
https://www.amazon.com/dp/1635341450

One thought on “A Poem by Joan Leotta”