I stand at my front door waving goodbye to you.
It is still morning, the light above the door
still on, and as you drive away

and to arrest my eye
and say
in their lovely soundless way:

Hasten slowly through your life.
Lose no part of this miraculous
luna green morning. 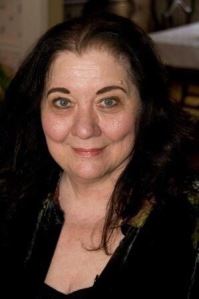 In 2009 Barbara Knott’s poem “Boxwood” was selected by Judge Nikki Giovanni as first-prize winner of the New Millennium Writings Awards 28 prize for poetry. In 2010 Francois Camoin chose her short story “Song of the Goatman” as third-prize winner in the Writers at Work fiction competition. Barbara’s chapbook of poems Soul Mining was published in 2011 by Finishing Line Press. Another chapbook, MANTA Poems, came out in March 2015, also published by Finishing Line Press. Her short story “The Legend of Abigail Jones” received first prize in the wild card category of Atlanta Writers Club’s Spring 2014 competitions. Barbara was selected with a group of poets to represent FLP as readers at the Abroad Writers’ Conference in Dublin, December 2015.

She has a Ph.D from New York University’s drama therapy program. While in New York, she studied acting with William Hickey at the Herbert Berghof Studio in Greenwich Village and did extensive work in theater and in Montessori education for pre-schoolers. On her return to Atlanta, she became co-director of the Center for Archetypal Studies and served terms as program chair and then president of the C. G. Jung Society while practicing therapy for five years before entering a fulltime teaching career in English and humanities. Now retired, she gives full attention to writing and collaborative arts performances and to editing and publishing The Grapevine Art and Soul Salon, online literary/art journal at http://www.grapevineartandsoulsalon.com.